PRAESA was founded in 1992 by Dr Neville Alexander – a public intellectual, historian and educationist who spent 10 years on Robben Island during the struggle against apartheid. By invitation from the University of Cape Town, PRAESA was housed in the Faculty of Humanities. PRAESA has a long history and is widely recognised as a thought-leader in multilingual education research and practice, and language planning, policy and implementation.

In 1995, after South Africa’s first democratic election, Neville Alexander led a task group (Langtag) to develop a national language plan. Among its goals were that all South Africans should have access to all spheres of society through the development and maintenance of a level of spoken and written language appropriate for a range of contexts in all official languages; and that equitable and widespread language facilitation services should be established. The plan was submitted to the Minister of Arts, Culture, Science and Technology in 1996. Other initiatives relating to multilingual education research, language planning, policy and implementation can be read about in the series of PRAESA Occasional Papers.

In 1998, PRAESA’ established its Early Literacy Unit. By working and researching in and with schools, this unit created models for early biliteracy teaching and learning, and mentoring reading for enjoyment that could be adapted by others.

Along with its role in the First Words in Print, TELL, the Culture of Reading Project, and the Language and Linguistic Diversity Project, PRAESA also co-ordinated the Stories Across Africa Project (2004–2009). This pan-African collaborative African Union project created, produced and distributed children’s books in 23 languages across the continent.

In 2005, PRAESA responded to a request for educational support for young people in Langa, Cape Town, that led to it using its expertise in reading and multilingualism to set up community-based reading clubs, of which the Vulindlela Reading Club would become a model for other reading clubs in the Western Cape and beyond.

Neville Alexander retired as director of PRAESA in 2011 and died in August 2012.

“Under Neville’s leadership, PRAESA has been a story of inspiration, hope and persistence. All who worked with him have been motivated to help transform the linguistic and educational landscape in South Africa, and other parts of Africa, to one where democracy could truly mean ‘power to the people’, because people would be carrying out their lives and learning with dignity and understanding in languages of their choice.”
Carole Bloch (Executive Director, PRAESA) in a tribute to Neville Alexander after his death in August 2012.

In 2011, Carole Bloch was approached by the DG Murray Trust to design a literacy campaign, which became the award-winning reading-for-enjoyment campaign, Nal’ibali in 2012. This campaign focused on using the power of storytelling and reading to help develop a culture of reading as a response to the literacy crisis in South Africa. Promoting a love of reading and the value of belonging to a community of readers through reading clubs, Nal’ibali grew rapidly over its first few years and became an independent trust in 2016. Since then, it expanded enormously with PRAESA continuing as is its content and training materials’ partner until 2019.

In 2013, PRAESA moved off campus and into an affiliation agreement with the University of Cape Town (2013–2018). Since then, PRAESA falls officially under The Little Hands Trust, a charitable trust established in 2007 to motivate and nurture reading and writing among African children and their caregivers.

In 2015, PRAESA received the Astrid Lindgren Memorial Award (ALMA) for its more than 20 years contribution to literacy and literature development. The ALMA is the world’s largest award for children’s and young adult literature. It is awarded to individuals or institutions for their long-term commitment to growing a love of reading in children.

PRAESA was also awarded the IBBY-Asahi Reading Promotion Award in 2014 for its work in children’s multilingual literacy development. This award is presented biennially to two organisations whose activities promote reading among children and young people.

Since 2016, PRAESA has returned to a strong focus on promoting imaginative, story-based, multilingual early childhood literacy, since this is when children are best able to establish strong language and literacy foundations for effective and meaningful learning. It also continues to promote multilingualism and support a transformative and an inclusive South African children’s literature through its innovative publishing projects. 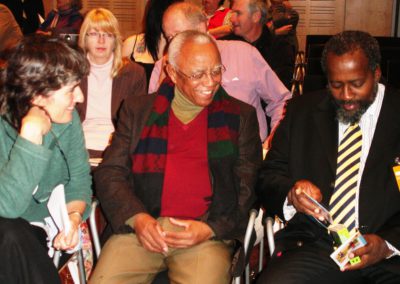 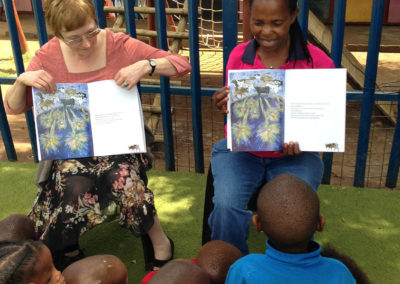 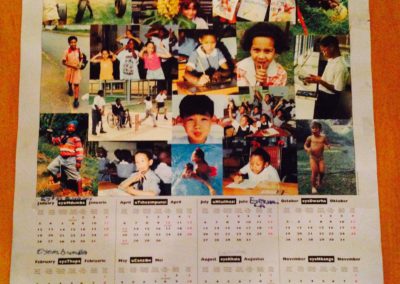